Our fourth compilation and first that we did open submissions for! Thanks to all who contributed. 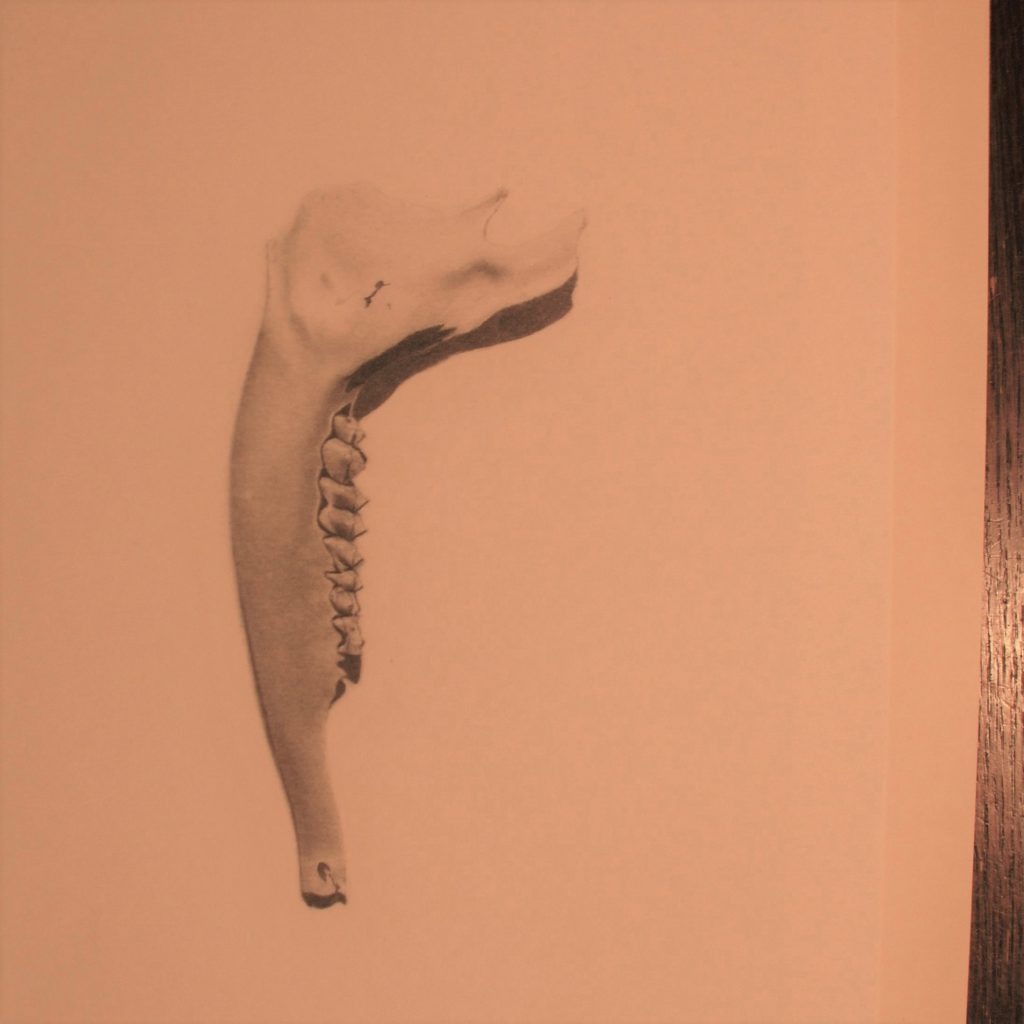 SO VERY EXCITED TO ANNOUNCE THE ARRIVAL OF ‘Inside & Out’….
the debut release from the immensely talented @walker_mcd.

A collection of ten songs that showcase Walker’s musical depth and truly unshakable, authentic sweetness. Recorded in an expedited fashion with the legendary @marshallbrownmusic behind the board. Walker has a penchant for unexpected chord arrangements and pairs this beautifully with his touching lyrical themes and amazing sense of melody.

WELCOME TO THE COMFORT MONK FAMILY, WALKER! We’ve always kept a seat open at the table for ya. ❤️

Get this stunner of a record at walkermcdonald.bandcamp.com 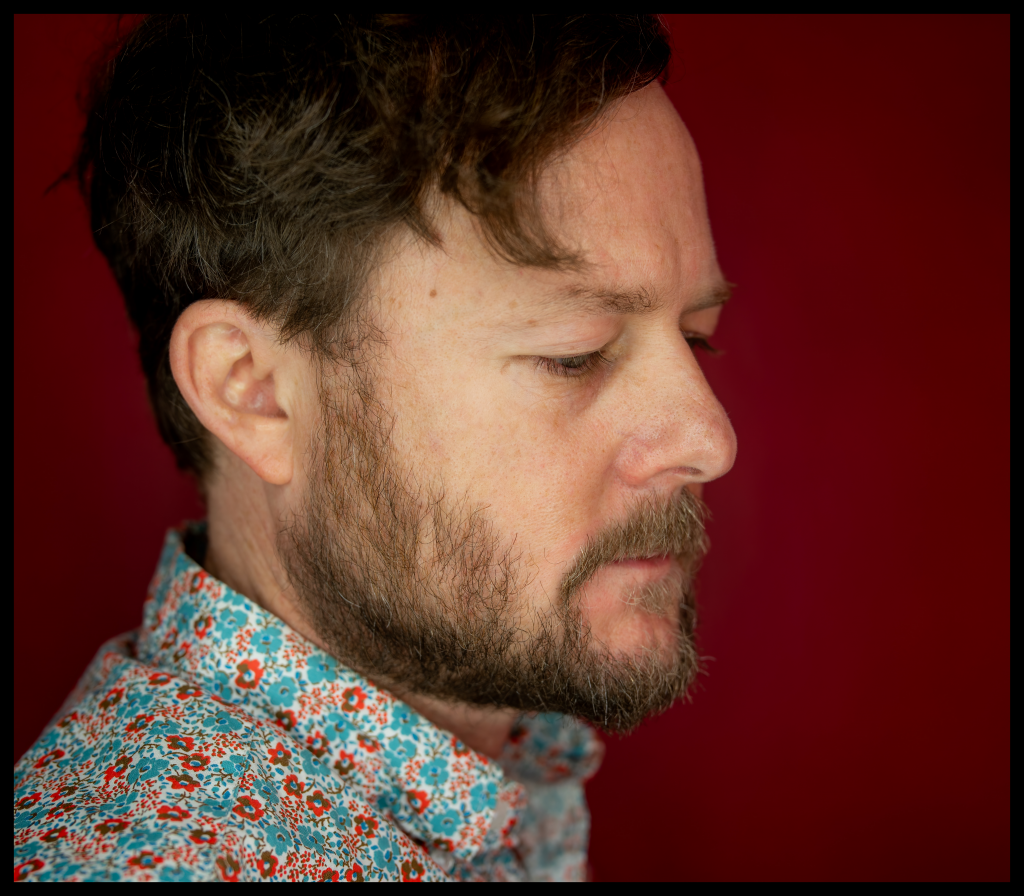 On November 26, 2021 Hudson Bell will release Psychic Breaks, his tenth or eleventh album (depending on how you consider his 1999 CD compilation of–mostly–previously released tracks from cassettes, Under Boxes and Dirt). Whichever the case, Psychic Breaks is notable for being the first album Bell has recorded by himself since the 90s, as well as his first release since then that doesn’t have at least one other person playing something on it, somewhere. These details aside, the most singular aspect of Psychic Breaks is surely—at least to those familiar with Bell’s previous music–the absence of guitars. Rest assured however that when the first song–“Big City, Small World”–hits its stride, there will be no mistake to whom you’re listening.

So give it a cyber spin, and try to forget the 90s, or the 2000-and-whatevers. Load Psychic Breaks onto your modern listening device with vintage cassette-themed case, pop in/on your earbuds/headphones, and take the long cut to wherever it is you’re going, if you’re actually headed anywhere at all. What you’ll hear are ten songs made up of the classic storytelling and charming voice of HB that we’ve come to expect. From the dreamy, psychedelic vibe of “Seven Lives” to the haunting, mystical mood of “The Dead Sea”–throughout are dazzling and chilling moments intermixed with drop-dead lyrical lines and electronic weirdness adding into some seamless slant on folk electronic pop music, perhaps piped in from a distant star. Emotionally intense, with a deep reverential empathy for the human condition, it’s possible that Psychic Breaks might pull you in again-and-again . . . maybe by the tug of a heart string, or maybe it’s the pendulum of a mood swing, but most likely it’s because you too now have the Psychic Breaks.

Hudson Bell is a native of Louisiana, who has also lived in Kentucky, Mississippi, and Arkansas. He moved to California in 1998, and resides in San Francisco.

Bell started playing guitar at the age of thirteen. At fifteen, using numerous cassette players, he made his first tape, The King’s Dreams. Since then, he has released nine other albums–one technically a compilation, and the last being Yerba Buena, released in 2016. Taking all of his work up to this point into consideration, Trouser Press wrote that Bell’s catalog “varies in style and achievement but has maintained an upward arc that has reached great heights.”

Elated to announce CM’s third compilation is now available on Bandcamp and major streaming sites! This one is stacked with plenty of local SC goodness and also friends from around the world!

Debut album by the blackened solo project of Eddie Newman, PROSPERITY GOSPEL. This record is a reflection of the south: swarms of cicadas in the pine trees, droning away as an unlucky soul, lost in the swamps, succumbs to heat and the weight of gloom. The lyrical content of the record responds to the existential crisis of environmental annihilation, the dehumanization of late stage capitalism, and the ecstasy of the void.

Available on CD/digital via Comfort Monk and also on most streaming platforms March 31st. 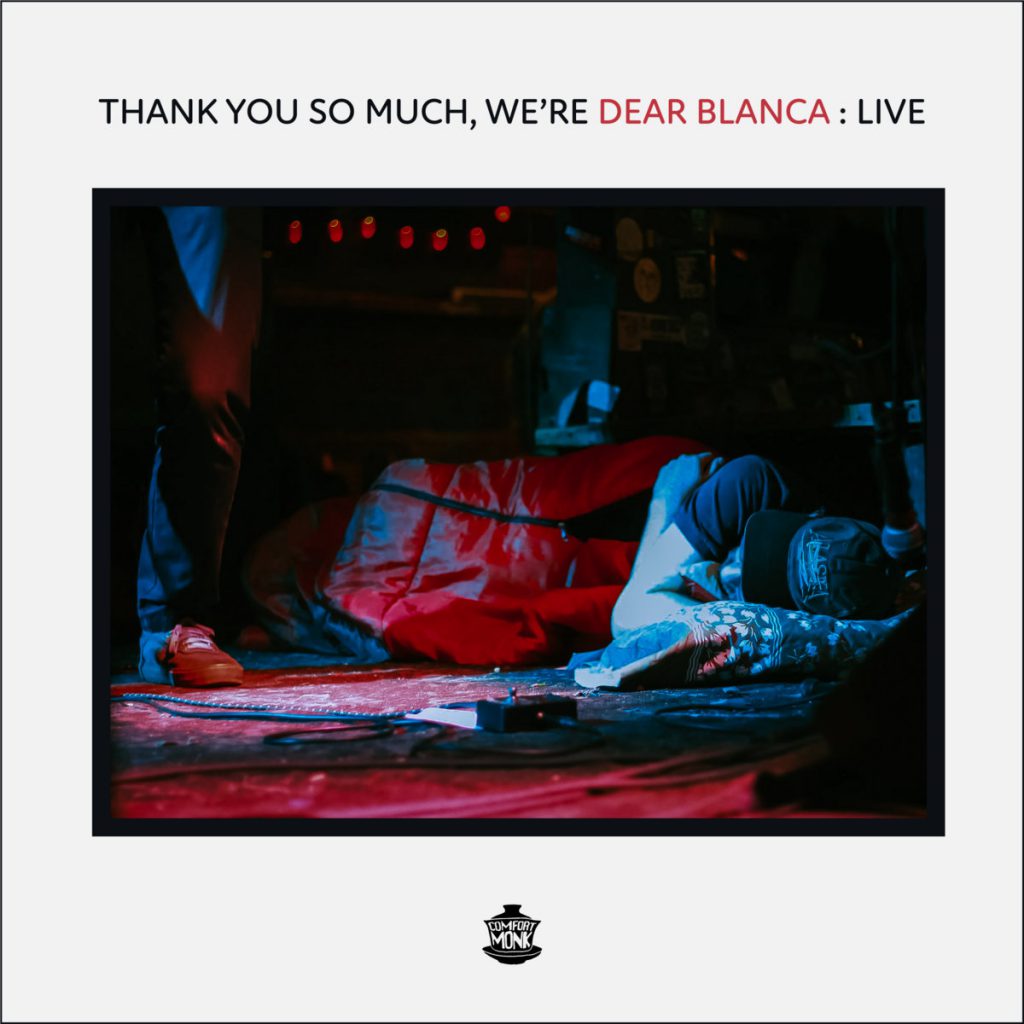 100% of pre-order sales will go directly to New Brookland Tavern in an effort to support them through the pandemic. PRE-ORDER HERE.

On December 7th, 2019 Dear Blanca set out to record what would be Marc’s last show with the band before moving to Colorado. Sometime after this it was discovered that the hard drives were fried and the project was lost. Mysteriously, these recordings of the show were later found on a computer at New Brookland Tavern and no one knows how these ghost recordings even exist. Thanks to Carlin Thompson at NBT for unearthing the stems that were labored over by Jay Matheson at Jam Room Recording Studio.

Shows is a new project of heartfelt rock and roll from Marshall Brown, Brett Nash, and our own Dylan Dickerson. AVAILABLE ON CASSETTE AND DIGITAL HERE

We’re intensely proud to present our second compilation album, out now on bandcamp and Spotify! This time around, there is a mixture of past podcast guests and some regional artists making up the tracklist. As always, we are so grateful to everyone who makes Comfort Monk work and all of the amazing musicians who contributed!

Watch the music video for the new Dear Blanca track on YouTube! You can pre-order the new record “Perched” available on LP, CD, or digital formats. 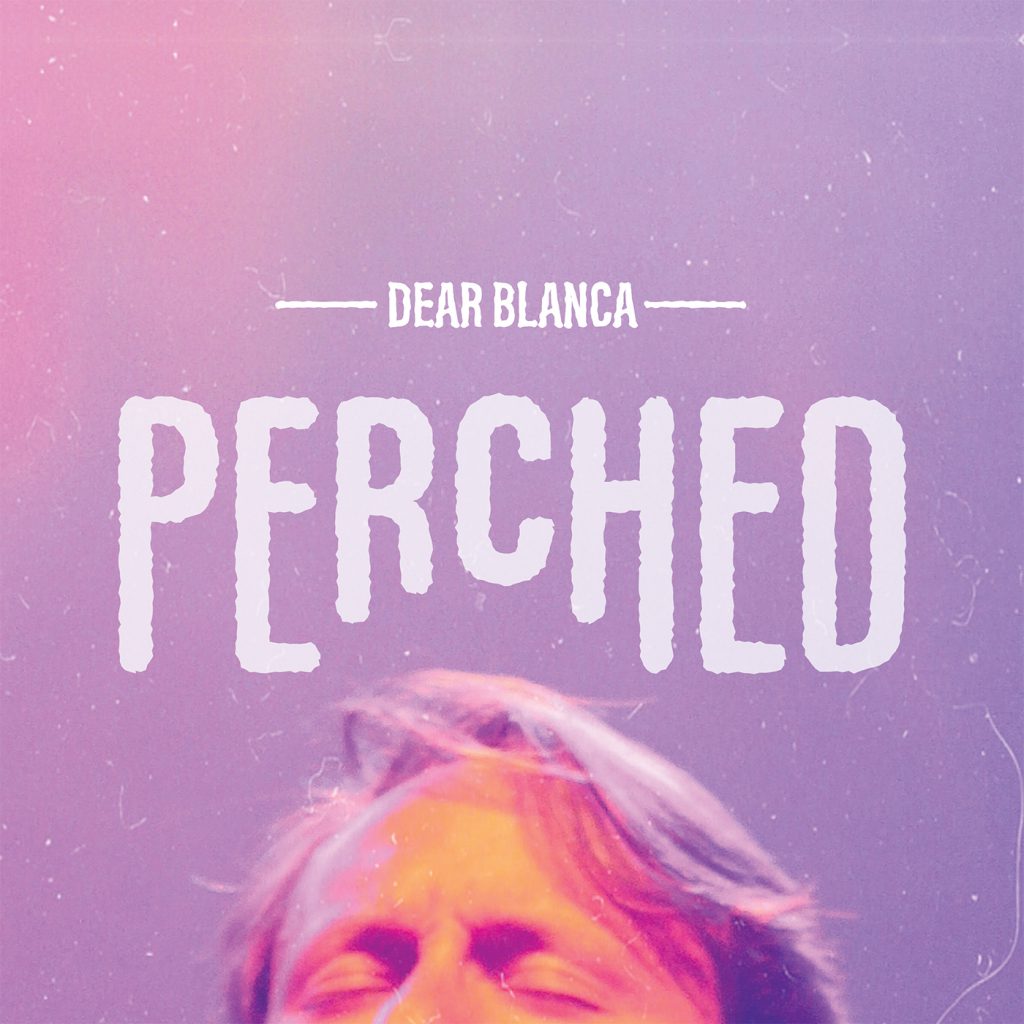 We here at CM are proud to announce the release of a new single from the upcoming Dear Blanca full length, entitled “Perched”! It’s got the electric jolts, energetic jams, and extensive jaunt that you’ve come to expect from this Big Star-influenced powerhouse.

LISTEN TO “OVERPASS” AND PREORDER THE RECORD HERE!

Watch the music video for the new Stagbriar single today! And be sure to head over to stagbriar.com to pre-order the new record “Suppose You Grow,” available on LP, CD, or digital formats.

Video directed, filmed, edited, and produced by Stagbriar in March/April 2020. 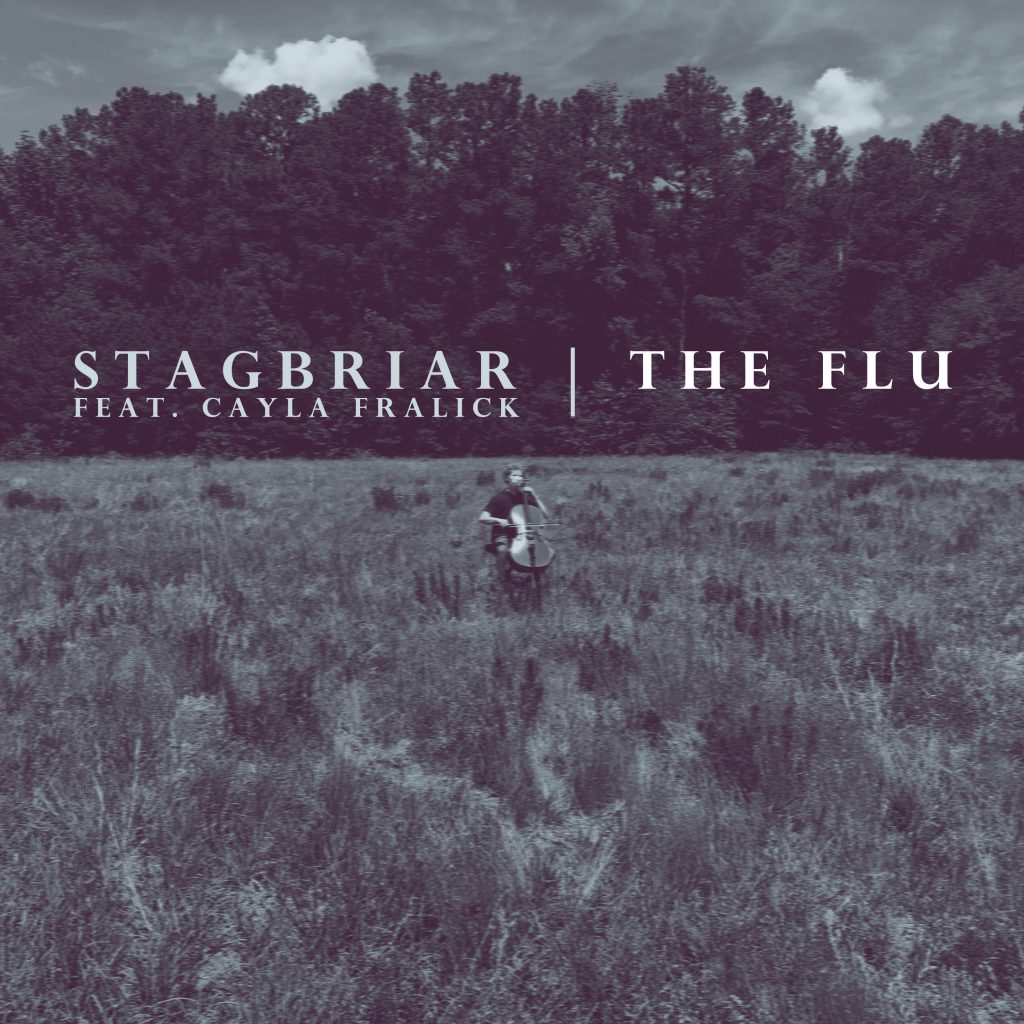 We at Comfort Monk are beside ourselves with excitement to announce the new Stagbriar single “The Flu,” released today in advance of their August 21st offering of long-awaited sophomore LP “Suppose You Grow.”

“The Flu” is built upon rumbling cello and soft percussion, establishing a frame to support the tight harmonies, sung like a pizzicato string section. Its atmosphere and lyrics are a pensive reflection on one’s defense mechanisms.

Hear the new track and pre-order the record here! Available on vinyl, CD, and digital formats on 8/21/2020 via Comfort Monk/Stagbriar.

We recruited several artists to record covers of guests from the Comfort Monk podcast. A spontaneous collaborative project that far surpassed our expectations. Thank you so much to all involved. This is Gratitude Volume One.

With Dashdown, tickets available at eventbrite.